Special exhibitions on sport and gymnastics history are regularly shown on the upper floor of the house. 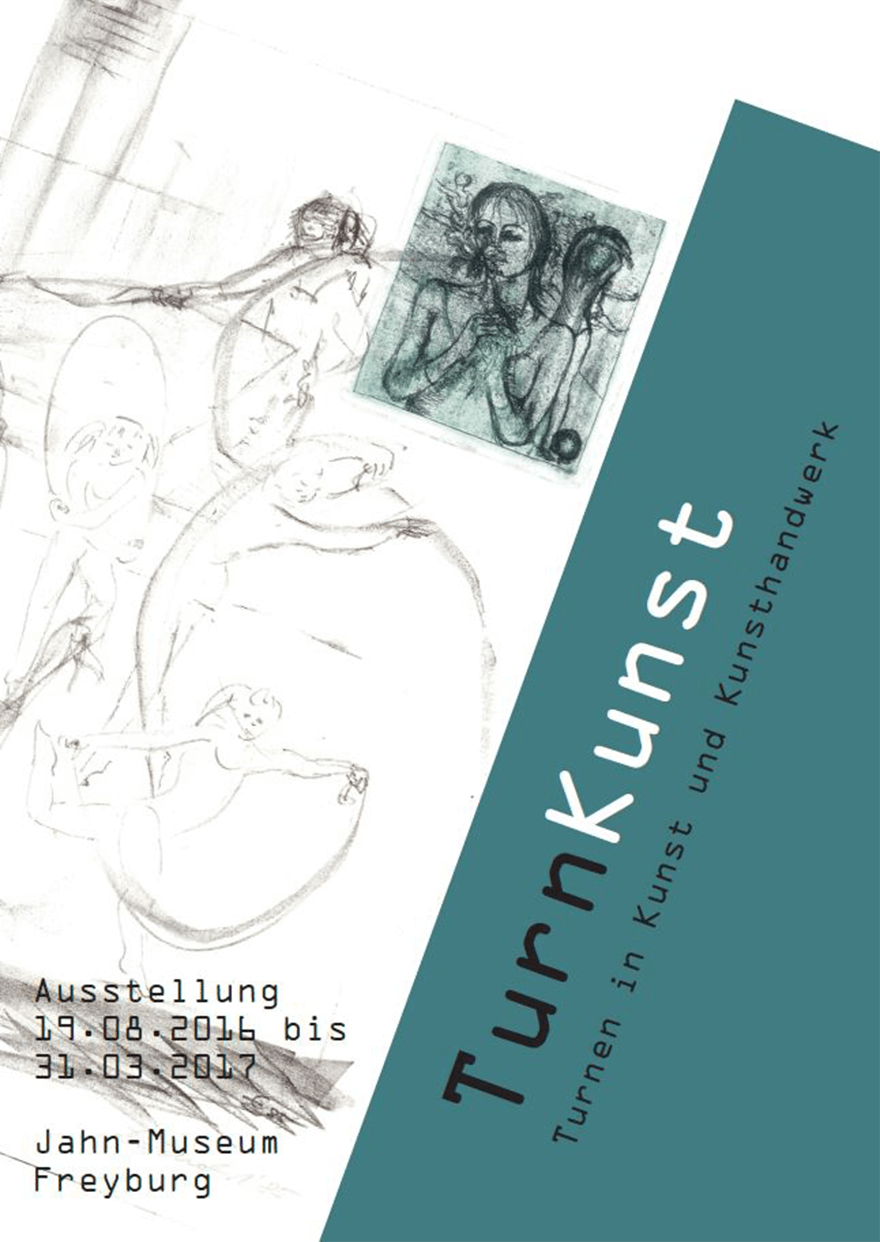 2016 marks the 200th anniversary of the publication of "Deutsche Turnkunst" by Friedrich Ludwig Jahn and Ernst Eiselen. The idea of bringing Jahn's book on the art of gymnastics from the 19th century into the 21st century has arisen from this occasion. In addition to dealing with the meaning of the term "art of gymnastics" in Jahn's work, the exhibition will focus primarily on the artistic preoccupation with gymnastics.

200 years ago Friedrich Ludwig Jahn publishes "Die Deutsche Turnkunst" (The Art of German Gymnastics). This book about gymnastics and the equipment of gymnastics courts, gives a true reflection of gymnastics on the Berlin Hasenheide, the first gymnastics court in Germany, opened five years earlier. With great enthusiasm Jahn describes the genesis of his work in a "Preliminary Report" in 1816. It is the result of a long joint work with his comrade-in-arms, the gymnastics and fencing teacher, Ernst Eiselen. He sends copies to many gymnastics friends and other personalities, including Wilhelm Grimm and the poet Johann Wolfgang von Goethe. 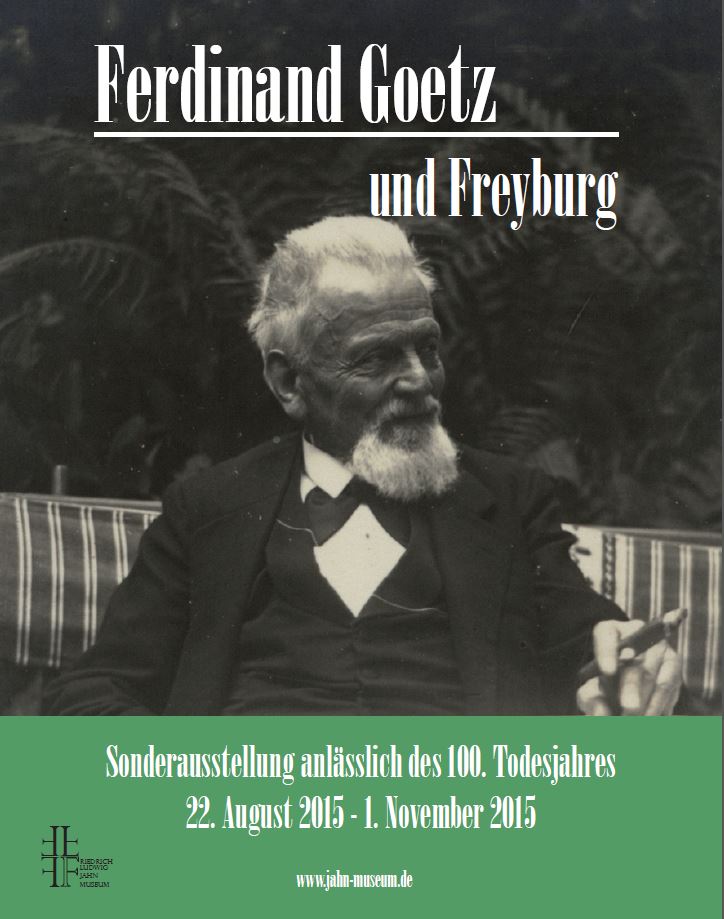 The Leipzig physician Dr. Ferdinand Goetz, affectionately called the "potty doctor of Lindenau" by the Leipzigers, was much more than just a doctor. From 1860 until his death he was the managing director of the German Gymnastics Association, in 1895 also its chairman. After Jahn he is considered one of the most important personalities of the gymnastics movement in Germany. He established the archive (later the library) of the German Gymnastics Association in Leipzig-Lindental and together with the entrepreneur Karl Heine he was the founder and initiator of numerous civic and social associations. Also in Freyburg his work is not to be overlooked until today. On Goetz's initiative, the Memorial Gymnasium and the Hall of Honour, which still characterise the townscape, were built here. The town awarded him honorary citizenship for this. On the occasion of the 100th anniversary of his death, which will also be celebrated in Leipzig on 13 October this year, the Jahn Museum is dedicating a special exhibition to the "second great mind" of the gymnastics movement. 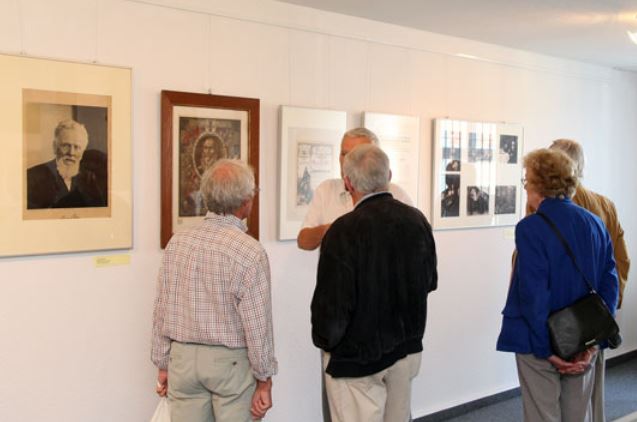 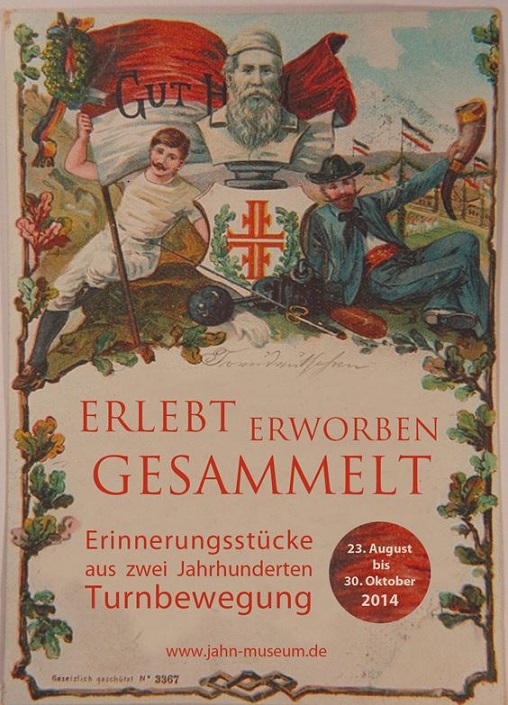 From the beginning, gymnastics was a social movement in which doing things together played a central role. As it spread, as clubs sprang up, especially after 1860, and as an overarching structure emerged in the form of the German Gymnastics Federation (Deutsche Turnerschaft, DT), a gymnastic culture also developed. It showed itself locally in the life of the clubs and on a larger scale at the festivals, especially at the big German gymnastics festivals with tens to hundreds of thousands of participants.

To this culture belonged and belong flags, certificates, victory signs, song books, magazines, a uniform gymnastic clothing, but also souvenirs of all kinds. Two important groups of memorabilia are postcards and jugs or glasses. They form the core of this exhibition and are supplemented by a number of other items. Most of them are related to gymnastics festivals, which offered a natural opportunity for the production and distribution of such items.

Most of these objects were created around the turn of the century, when cards and jugs in general had their heyday. These objects were initially linked to personal experiences and were kept privately and also at club level for remembrance. Some, like belts or steins, were also used in their proper sense. Later, the personal, commemorative aspect receded and they became objects of collecting in museums and private collections. In this way, quite a few of these objects have survived to the present day. Over time, a collector's market for such pieces became established. 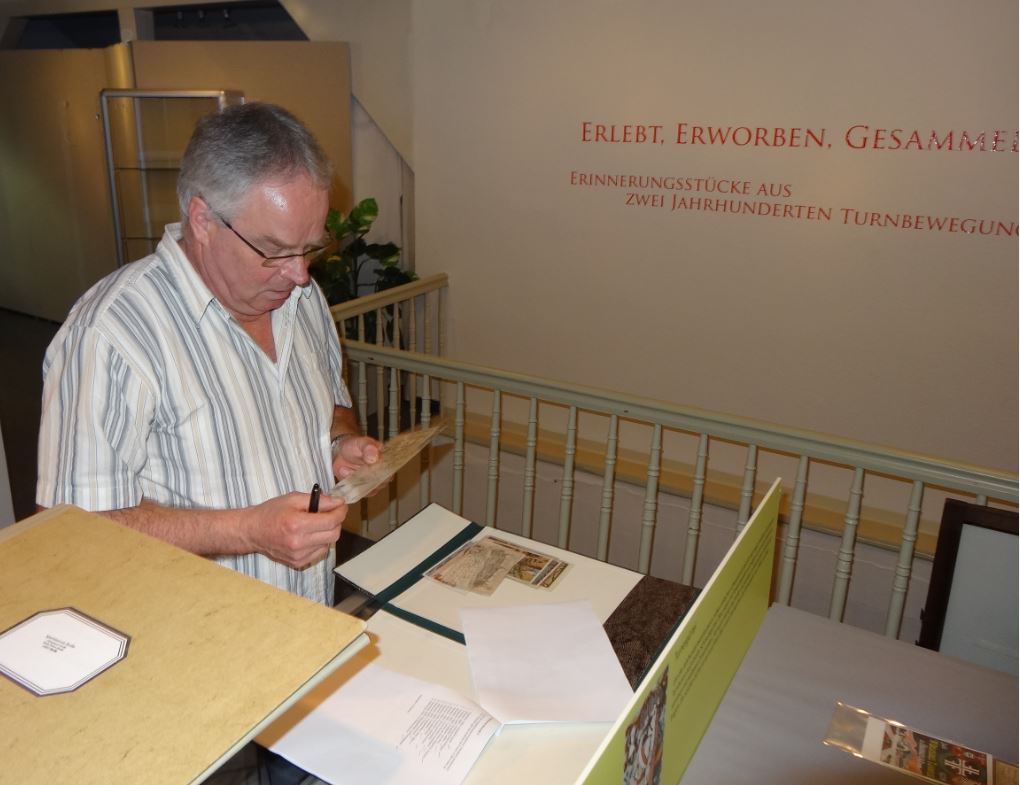 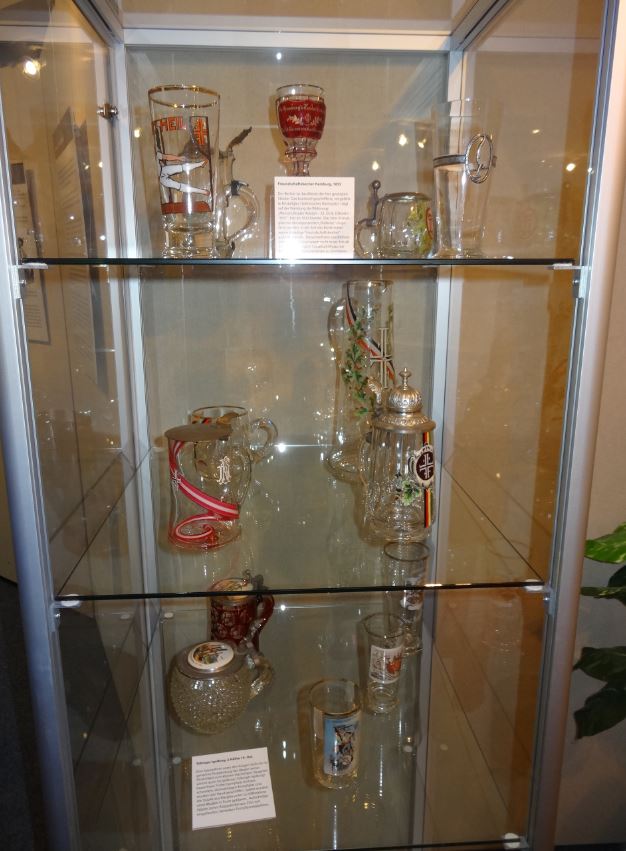 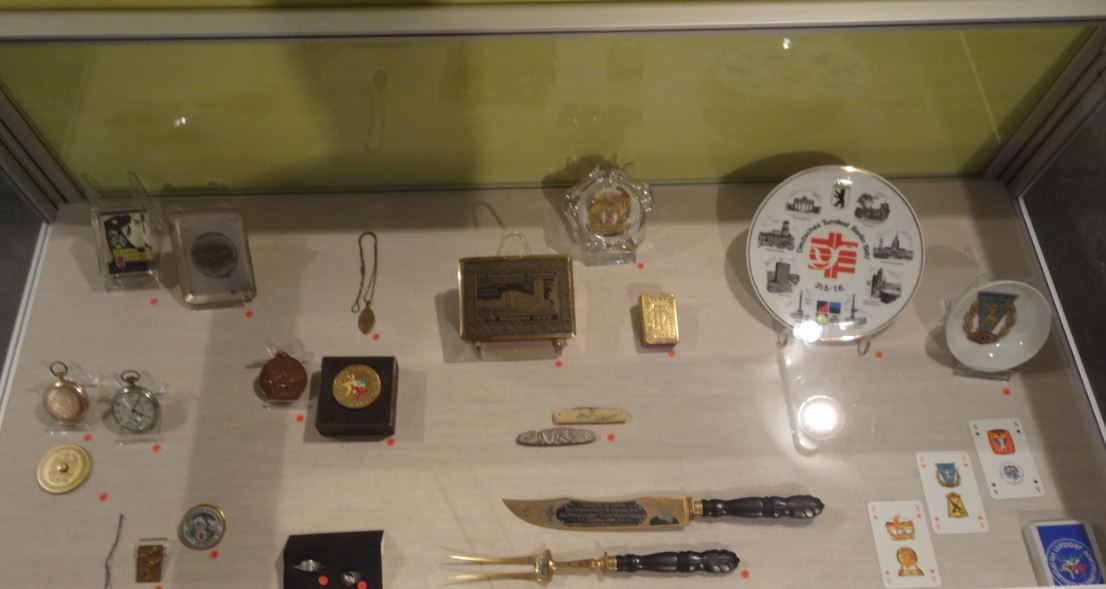 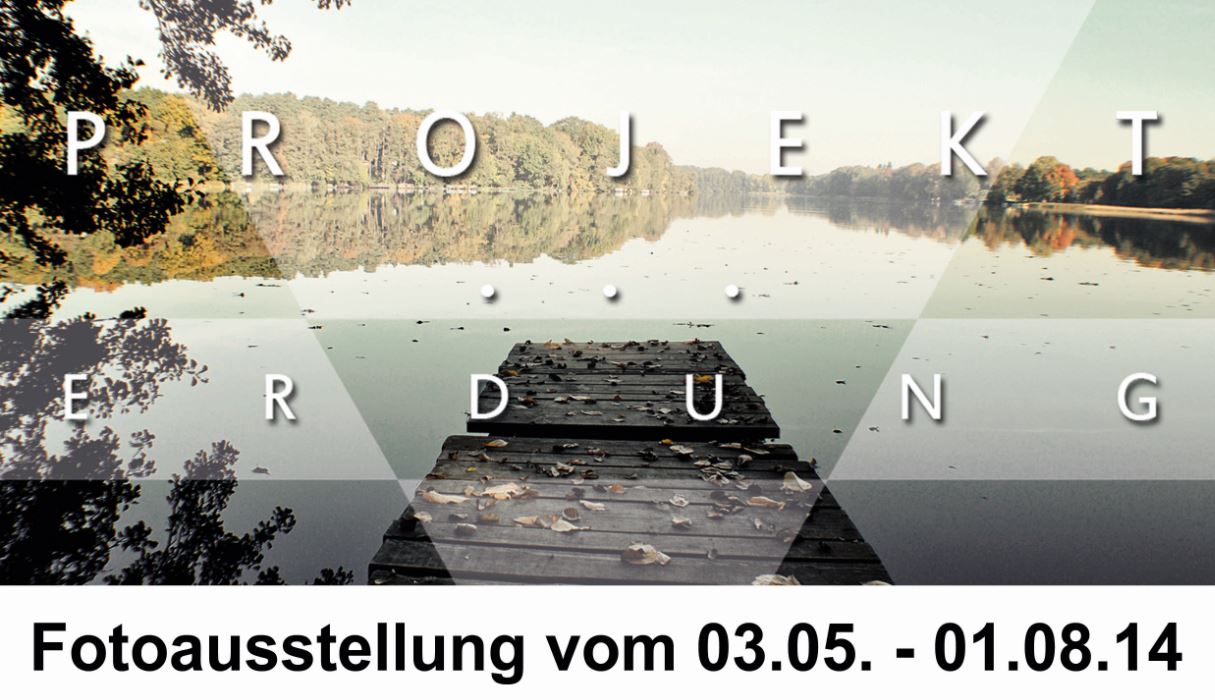 The project has set itself the task of drawing attention to the needs and problems of autistic people. For this purpose, the creators of the Leipzig project have photographed celebrities and public figures at the places of their "inner peace". "The portraits deal with the topic of tranquility and retreat, which is not only important for people with autism," says co-initiator Diana Dademasch.

With exhibitions and an illustrated book, the project wants to raise awareness for this topic. The proceeds from the Freyburg exhibition will go to the Autism Outpatient Clinic in Halle. The idea for the project came about through the friendship with the autistic artist Gee Vero, who has already made a name for herself with her project "Inclusion". Parts of her work can also be seen in the exhibition. Since the proceeds will also be used to provide sports activities for people with autism, the Friedrich Ludwig Jahn Society has agreed to provide exhibition space for the photo exhibition in the studio of the Jahnmuseum. 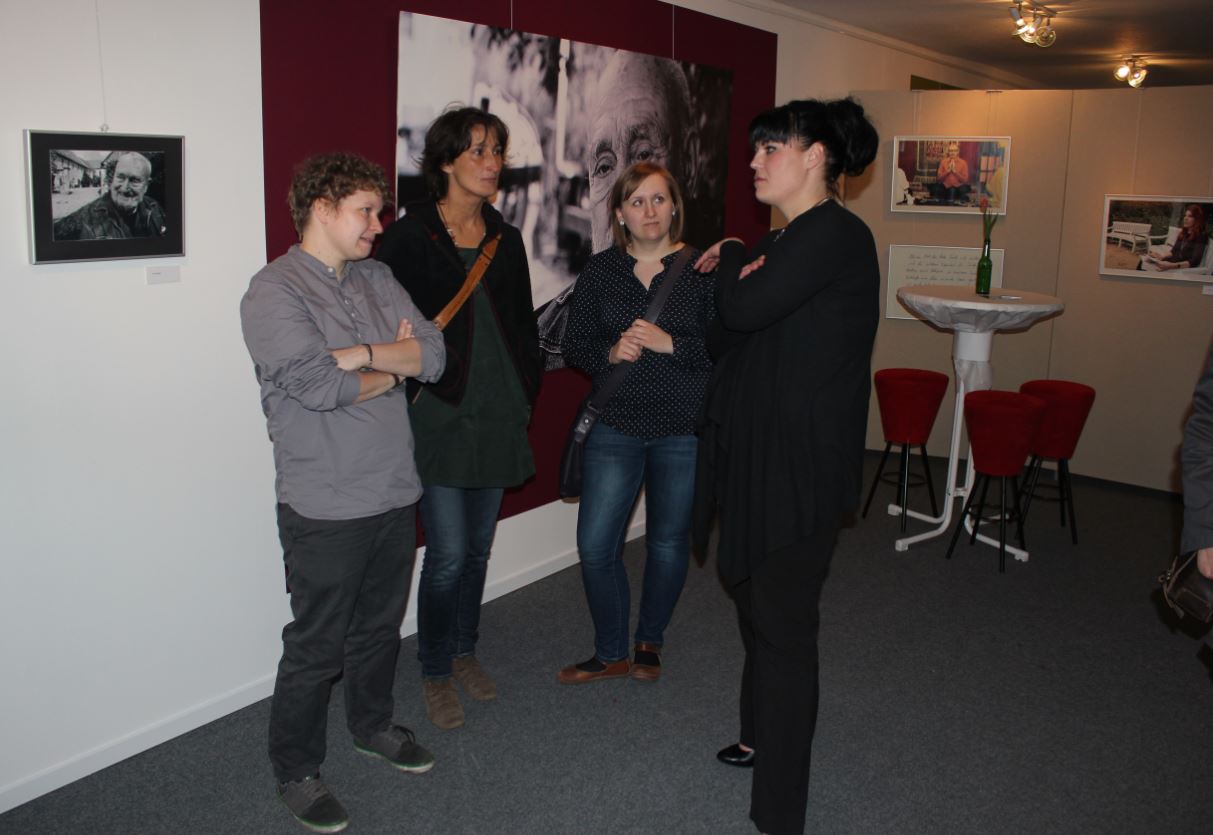 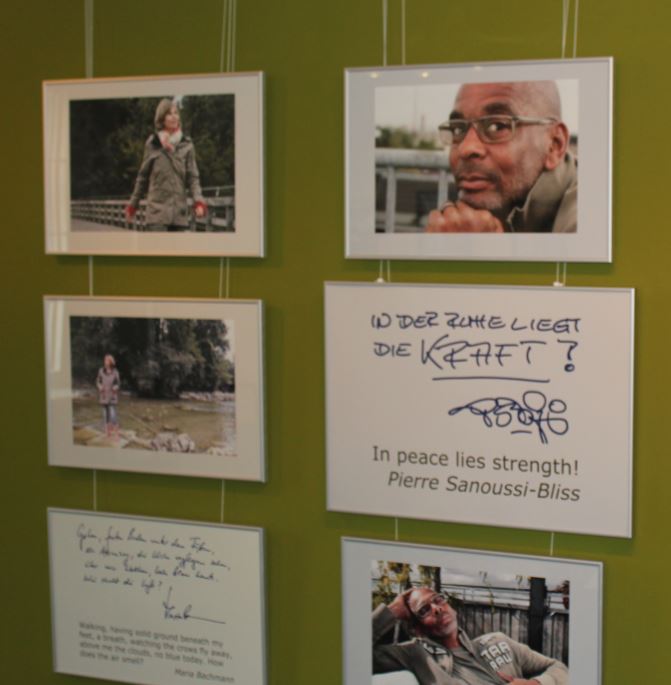 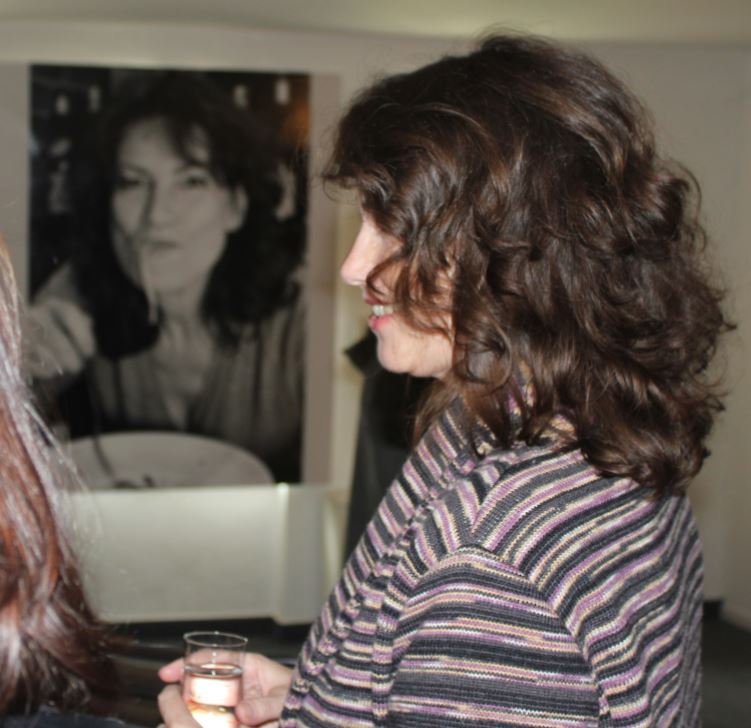